The club is currently running and we would love to see you there. Please do check out our Facebook page for the most up to date communications and to get in touch if you are interested in coming along!

A reminder to members that our mixed senior / junior Badminton tournament is this Friday 9th May, and all are welcome to participate.

The evening begins at 7pm for a 7.15pm prompt tournament start.

Unfortunately there will be no other badminton play other than the tournament on the night, so please get there before 7.15pm if you want to play.

The cost of feather shuttlecocks is a headache for many a club treasurer and from our experience playing matches at other Badminton Clubs in Northampton, there are a wide range of shuttles in use across the county. To ensure we were getting the best possible value for money at Mereway Badminton Club, we recently carried out a test of 6 different types of shuttlecock.

The shuttlecocks we tested, all from the low to mid price range for feather shuttlecocks, were:

We used a simple form to track shuttle changes and scores, as well as player names for later reference (some players might be harder on shuttles than others!). Players had to return spent shuttles before being given a new one, at which point their mid-game score at the point of the change was noted. Shuttles still playable at the end of a game were tracked through to the next game on that court. It was quite difficult at times to keep track, with 4 courts on the go completing games, or players asking for new shuttles!

At the end of the evening, all of the data collected was taken away and entered into a spreadsheet, and the total scores for each shuttle added together to allow an average points duration for each type of shuttle to be calculated.

The results were then double checked against the player names for any obvious things which may skew the results, e.g. a beginner consistently breaking shuttles quickly, games where most of the players are very heavy smashers .etc. but there were no glaring anomalies.

The shuttlecocks with best average duration are shown below, best to worst:

So there you have it, from now on Mereway Badminton Club Northampton will be using Yehlex Tournament shuttles. Obviously in a club setting with lots of different types of players, our test couldn’t be 100% scientific, but it’s an improvement over anything we’ve done before to choose shuttlecocks. The next step is to monitor our shuttle spend with the Yehlex Tournament over the course of the Badminton season to see if there is any change. If any Badminton clubs are interested in our results, or have done similar tests with different results, please get in touch using the contact page or leave a comment below.

Our mixed doubles team got their 2013/2014 season off to a good start with a victory over Duston Badminton Club. Playing at home, the team put in a good performance to take a comfortable 7-2 victory.

Our club recently enjoyed a racket demonstration night where our members were given the opportunity to try out a variety of rackets to see which suited their different playing styles. Some of the rackets brought along by the organizer included the Yonex Arcsaber Z-Slash, the racket responsible for producing the fastest ever smash in the Guinness Book of Records, at 421km/h (262mph) and the Arcsaber FB, the lightest racket ever produced by Yonex.

Allowing our members to use the rackets in actual games represented a much more effective way to successfully choose a new racket, in comparison with the limited testing that you can do in a shop.

Different players favoured different rackets from the 10 different types brought along, but the sheer power of the Arcsaber Z-Slash won it many admirers, even if they won’t be breaking any world records themselves any time soon!

Players and coaches from Mereway Badminton Club will be in the Sports Hall between 1pm and 3pm to demonstrate the exciting sport of Badminton, so come along and take a look.

The full day of activities runs from 11am to 3pm and includes an open day of facilities, primary graduation, stalls, music, refreshments, entertainment and free community activities and exhibitions.

The Mereway Badminton Club annual senior / junior badminton tournament was held on May 17th at the Wooldale Centre for Learning in Northampton.

26 players from both the senior club and junior club joined together as mixed senior / junior pairs to compete in a round robin tournament.

Our senior/ junior badminton tournament is an annual event, designed to encourage a spirit of inclusion towards our junior members, who will hopefully one day be the future of our club.

The Doubles team recorded their sixth win of the season on Friday March 22nd at home Vs Brixworth. The final result of 7-2 doesn’t tell the whole story, with 6 of the 9 games going to a deciding third end and one game finishing 29-27! Strong debut performances from juniors Ed Baldwin and Dylan Patel a particular highlight.

Well done to all – promotion remains a possibility…

Mereway Badminton Club offers competitive badminton through 4 varied teams in the Northampton Badminton league. A growing number of players have progressed from our junior badminton club to now play alongside our senior players in competitive matches.

A Day Out With Mereway Badminton Club Northampton

This week sees the Yonex All England Open Badminton Championships, one of the 5 premier events in the annual Badminton calendar, being held at the National Indoor Arena in Birmingham. Wednesday was members day, so through our affiliation with Badminton England, many of our club members had free tickets to attend.

We set out from Northampton and arrived in Birmimgham at around 10am, where play was already underway on all 5 courts, having started at 9am. Another good thing about members day, aside from the free tickets, is that an open seating policy is in place, so we could sit where we wanted. We plumped for seats right by the centre court, a few rows back, giving us a brilliant view of the action on the centre court and the 2 adjacent courts, but still a good view of all the rest of the action on courts 4 and 5 as well.

Glimmer Of Hope For British Badminton

We saw some fantastic badminton, particularly in some really fast paced mens and mixed doubles action, including number 1 seeds Boe and Mogensen of Denmark (London 2012 Olympic Silver Medal Winners) defeating Pratama and Saputra of Indonesia in a match with some lightning fast exchanges. In general though it was the Asian countries who were dominating, and with the England team suffering a disappointing day, it was largely left to the Danes to fly the flag for European Badminton. A big surprise however were the Danish mixed doubles 4th seeds Fischer and Pedersen going out at the hands of another Indonesian pair, having had a match point at 21-20 in the final game. Disappointing for European Badminton, but an immensely entertaining match.

One British glimmer of hope did come in the evening with former England international Robert Blair of Scotland pairing with Malaysia’s Bin Shen Tan in the men’s doubles to overcome Kido and Chandra of Indonesia in a tight 3 game thriller.

World Number One In Action

By far the most thrilling moments of the day though came in the evening, when there was a mass exodus from our seats (the free seating policy allows you the opportunity to move about to catch specific games of interest) to watch World number 1 Lee Chong Wei of Malaysia take on Wing Ki Wong of Hong Kong over on court number 5. Wong got off to a flying start, taking the first game 21-13 and it looked like we may be witness to a massive upset until Lee Chong Wei put on a masterclass of Badminton to dominate in the second game and take it 21-6. We thought that the Malaysian would run away with the match from then on, but miraculously Wong fought back hard in the decider to get a match point at 20-19. In the ensuing rally he came within an inch of victory as Lee Chong Wei gifted Wong with a straightforward kill right at the net, but the Hong Kong player netted his smash to great gasps from the crowd. It didn’t end there, with Wong going on to get another match point at 21-20, but Lee Chong Wei showed why he is world number 1 by calmly winning the next 3 points to win 23-21 and seal the match.

Overall a thoroughly entertaining day with some great badminton, and highly recommended. Full results from the day can be viewed here. 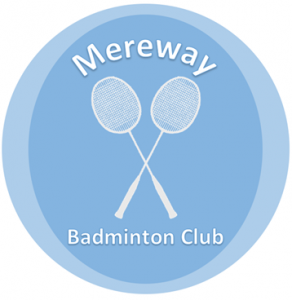